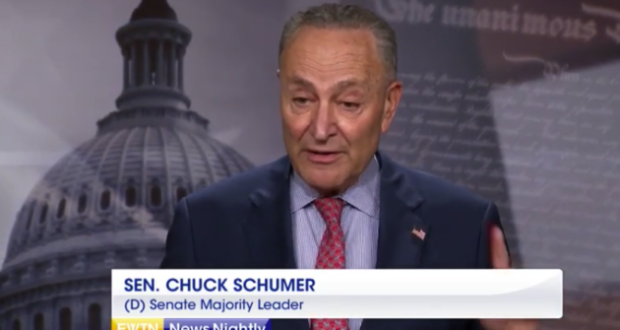 Black Christian leaders from across the nation are urging the U.S. Senate to reject the Equality Act recently passed by the House Democrats. The group is pushing the Senate to seek a compromise bill that preserves the rights of religious believers and institutions.

The Equality Act would nullify the right of Christian and other religious groups and schools to hire people according to their moral and religious beliefs and force acceptance of lifestyles contrary to their deeply held values. It would also require women’s sports teams, including at Christian K-12 schools and universities, to accept biological males into girls’ sports.

In the letter, they warned that this bill was “a danger not just to Christian institutions, but those belonging to our Jewish, Sikh, Buddhist, and Muslim neighbors as well.”

The letter detailed the dangers of the Equality Act, saying:

“It would remove many of the basic rights that allow religious organizations to operate according to the tenets of their faith. It would allow LGBT rights to be used as a sword against faith institutions rather than a shield to protect the vulnerable. In addition to failing to offer religious protections to religious institutions, the Equality Act would likely:

Signees to the letter advocated for an alternative called the Fairness for All Act, which they say would protect religious liberty as well as preserve the rights of the LGBT community, and was more a product of churches and the LGBT community coming together to find ways to “co-exist and promote tolerance.”

They went on to urge that the Fairness for All Act be given a full hearing and vote, saying, “Black and Brown Christians worked too hard for the Civil Rights Act to have it revised in ways that would take away basic rights and funding from our communities. The Equality Act needlessly pits the concerns of diverse communities against each other.”

Click here to read the full letter and see all the signees.

Previous: Israel goes to the polls, will Netanyahu survive?
Next: Former Intelligence Director Ratcliffe: info on UFOs released by June 1