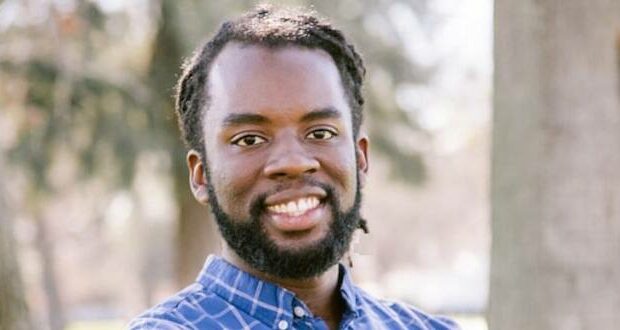 Joshua Washington, with Institute for Black Solidarity with Israel, is fighting back against BLM.

As the Black Lives Matter movement now aligns itself with radical anti-Israel groups, the head of a leading black organization that supports Israel is having none of it.

On Tuesday the group spoke out against BLM saying their American leaders have been co-opted by people who are making millions of dollars from donations. The black founder of BLM recently purchased a multi-million dollar home in a California neighborhood that is over 98 percent white.

According to the New York Post: “Patrisse Khan-Cullors, 37, also eyed property in the Bahamas at an ultra-exclusive resort where Justin Timberlake and Tiger Woods both have homes, The Post has learned. Luxury apartments and townhouses at the beachfront Albany resort outside Nassau are priced between $5 million and $20 million, according to a local agent.”

TOUR ISRAEL: Join other Metro Voice readers for the tour of a lifetime!

They’re also using their millions to push an anti-Israel message instead of concentrating on black rights.

“We at the Institute for Black Solidarity with Israel (IBSI) have been asking this question for years now, and still have not received an answer,” IBSI director Joshua Washington wrote in the  Times of Israel.

“If Black Lives Matter is supposed to be about police killings of unarmed black people, why is part of its focus on Israel thousands of miles away – as opposed to, for example, the African slave trade in Libya, Saudi Arabia, Mauritania or Qatar?” asked Washington. “BLM leaders are using the Black community as a cudgel against Israel, garnering much personal wealth in the process.”

Washington noted that since its inception in 2013, the Black Lives Matter organization has amassed tens of millions of dollars in corporate and individual donations, with $90 million raised last year, particularly after the death of George Floyd in Minneapolis. 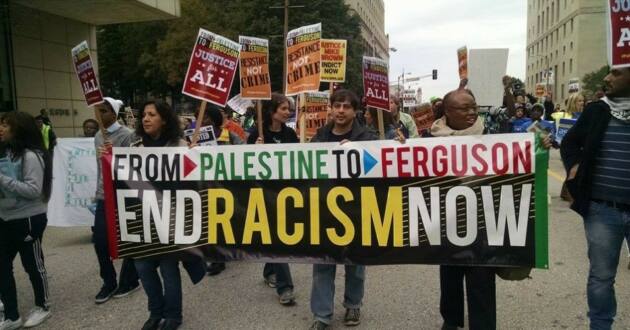 However, since 2013, the lack of financial transparency in the BLM organization has been the topic of multiple investigative articles, with BLM co-founder Patrisse Cullors being questioned as to why she recently bought her fourth house worth over $1 million.

Instead of using the funds to help solve the problems of police disproportionately targeting black people, BLM has been diverting funds for alternate agendas like its anti-Israel activism.

“This is not a movement that was hijacked. On the contrary,… BLM is the hijack,” said Washington.

Following the 2014 killing of Mike Brown Jr. by a white cop in Ferguson, Montana, “the world saw the Israeli-Palestinian conflict forcibly injected into the bloodstream of what was supposed to be a movement about police brutality and criminal justice,” noted Washington.

“‘From Ferguson to Palestine’ was the rallying cry created in order to demonize Israel, falsely correlating the plight of the Palestinians with black Americans, and even blaming the Jewish State for American police violence,” Washington said.

He noted that in a 2016 interview, BLM leader Patrisse Cullors said: “It was important for the Black Lives Matter movement to show up to Palestine … we believe that Palestine is the new South Africa.”

Washington slammed those comments, saying it is “reprehensible and manipulative” for falsely trying to link Israeli counterterrorism efforts with any sort of racism or injustice by American police.

“Alluding to Israel as apartheid South Africa is equally reprehensible … even if Cullors and BLM leadership truly felt this way, how does attacking Israel help the families of George Floyd, Breonna Taylor, or Ahmad Aubery? Answer: It doesn’t,” Washington said.

The BLM movement even uses the donated funds to sponsor solidarity trips to “Palestine.”

Washington noted that American civil rights leader Bayard Rustin warned years ago that black leaders should not side with Yasser Arafat, who built his reputation as a violent terrorist.

“We risk becoming the unwitting accomplices of an organization committed to the bloody destruction of Israel — indeed of the Jewish people,” Rustin wrote at the time.

Without directly mentioning left-wing anti-Israel agitators, Washington noted that the anti-Israel stance of BLM can also be explained by the fact that “many of those who continue to defend BLM are not members of the black community.”

“For far too long, Israel-haters have been exploiting black communities. They have feigned solidarity with us and pretended to be our ‘allies’ while effectively stealing from us,” said Washington.

“Among the black working and poor class, the issues of criminal justice, education, jobs, entrepreneurialism, and family are daunting enough. We don’t need anti-Semitism or hatpred of any kind placed as a yoke around our necks. That is the way of bondage. Our struggle is one of freedom,” he affirmed.

In September, Washington addressed an #EndJewHatred event at the University of Southern California, demanding an end to discrimination against Jews on campuses. Saying that Jewish students are being “bullied” to reject Zionism, “their liberation movement, to satisfy anti-Jewish fetishes on campus,” he encouraged those students to stand strong.