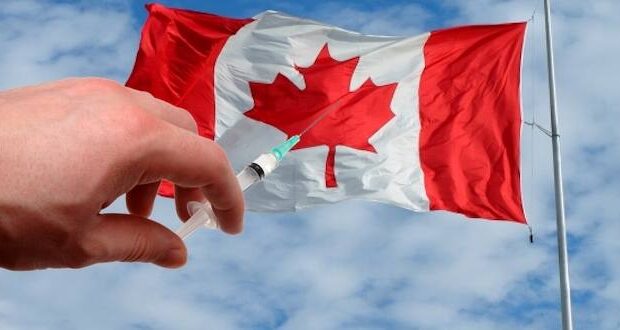 Canadian doctors are organizing to oppose a new medically assisted suicide bill. As of this week, over 1,100 physicians have signed a petition opposing the “dying” bill, saying the proposed legislation changes the nature of their profession. They also say it removes safeguards and will increase “coerced or tragically unconsidered deaths.”

“This bill, expanding “medical assistance in dying” (MAiD) to virtually everyone who is sick and suffering in Canada, will, if passed in its current form, make our country the world leader in administering death,” reads the joint statement in the petition.

“As medical doctors, we feel compelled to voice our dismay at how individuals who have little lived experience of the realities involved in the everyday practice of medicine suddenly and fundamentally changed the nature of medicine by decriminalizing euthanasia and assisted suicide.”

Signed by 1,123 physicians across the country to date, the petition was authored by several medical experts, including Dr. Ramona Coelho, a London-based family physician who cares for disabled and marginalized people; Dr. Leonie Herx, an associate professor and chair of the division of palliative medicine at Queen’s University; and Dr. Timothy Lau, an associate professor of psychiatry at the University of Ottawa.

READ: Treatment denied to but assisted suicide funded for patient

Bill C-7 was introduced in Parliament in October, in attempts to bring the federal law into compliance with a September 2019 Quebec Superior Court ruling that found it unconstitutional to only allow MAiD for people near death, as authorized in the current law, Bill C-14.

Passed this month in the House of Commons and currently being debated in the Senate, Bill C-7 would expand the number of people who can access MAiD, including those whose death is not “reasonably foreseeable,” and set up two tracks for eligibility: one with somewhat relaxed rules for those who are near death and a second with more stringent rules for those who are not.

WE NEED YOU! Help us publish news about the pro-life movement

For those who are near death, the bill removes several key safeguards from the original legislation: scrapping the 10-day reflection period, reducing the number of witnesses needed from two to one, and dropping the requirement that a person must be able to give consent a second time immediately before receiving the procedure.

“Under the new bill, an individual whose natural death is considered to be ‘reasonably foreseeable’ could be diagnosed, assessed, and euthanized all in one day,” the petition says. “We are very concerned that removing the 10-day reflection period and other safeguards will lead to an increase in coerced or tragically unconsidered deaths.”

For those whose death is not foreseeable, the bill makes it easier for patients to access euthanasia than pro-life alternatives in some regions, the statement notes, because MAiD is deemed an “essential service” under the Canada Health Act, while services like palliative care are not. The physicians point out that the wait time for support services, such as access to a psychiatrist in some areas of the country, is “4-8 times longer” than the 90-day waiting period proposed in the bill.

On Dec. 17, a day before the deadline to pass the legislation in compliance with the court ruling, a Quebec judge granted the federal government a third extension, changing the deadline to Feb. 26, 2021.

Previous: Gov. Parson issues 24 pardons, calling it ‘the time of year for forgiveness’
Next: Israel could face new election if budget deal fails