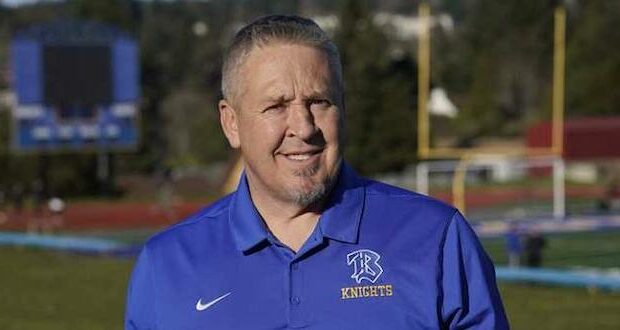 Joseph Kennedy. In deciding Joseph Kennedy’s case, the Supreme Court could make a major statement about the role religion may play in public life.

While attention is on attacks and threats against the U.S. Supreme Court over a possible decision that would overturn Roe v. Wade, another decision could come within weeks and it involves a praying coach.

In late April the court heard oral arguments in the case of a high school football coach who was suspended from his job after he refused to stop praying on the field at the end of games. Joseph Kennedy coached at Bremerton High School in Washington.

The nation’s high court can rule on the case any time, and may do so before the much-publicized and expected ruling on Roe. The court often begins handing down decisions as early as mid-May and is well into ruling on cases by early June.

A central question: Is a public school employee who says he is praying by himself while at school and visible to students engaging in “government speech” that lacks any First Amendment protection?.

“The whole idea of just because I’m working there, I have no rights anymore as an American?” Kennedy told Fox News. “When do I stop representing the school district? And that’s what we’re kind of asking, just a simple thing. Can I pray after a football game?”

The school district argues that the act was anything but a private moment of reflection and that it continually involved public prayers with students, some of whom felt pressured to join in the display.

“No child attending public school should have to pray to play school sports,” said Rachel Laser, president of Americans United for Separation of Church and State, the group representing the school district. “No student should ever be made to feel excluded— whether it’s in the classroom or on the football field— because they don’t share the religious beliefs of their coaches, teachers or fellow students.”

Kennedy is an 18-year Marine veteran who also worked at the local naval shipyard in Bremerton, about 20 miles west of Seattle across the Puget Sound. But high school football is his passion. Returning to his alma mater in 2008, Kennedy started as an assistant varsity coach.

“The prayer after the football game — that was just myself, I would just take a knee at the 50-yard line after football game,” he said. “After a few months, the kids would say, `Coach, what are you doing out there?’ And I just said I was thanking God for what you did. They asked if they could join. And I said, `it’s America, a free country, you do what you want to do.’ And that’s how that kind of started.”

Lower courts all have ruled for the school. The 9th Circuit U.S. Court of Appeals concluded that by kneeling and praying in view of students and parents, Kennedy “spoke as a public employee, not as a private citizen, and his speech therefore was constitutionally unprotected.”

According to Forbes, Justices Samuel Alito and Neil Gorsuch were inclined to side with Kennedy, with Alito signaling to the school district’s counsel he believes the district fired Kennedy for “unlawful” reasons and Gorsuch asking the attorney what the court should do if it “thought the school district misunderstood the Establishment Clause teachings of this court” or made up reasons after the fact to justify Kennedy’s termination.

Justice Brett Kavanaugh said he thinks the case raises a “different concern” than other cases where the court has ruled against religion in schools and that the court could keep those rulings in place while still siding with Kennedy, likening the coach’s prayers to something that would be less contentious, like if he did a gesture for the sign of the cross while standing on the sidelines of the field.

The court, which now has a 6-3 conservative tilt, seems more willing to rule on the side of religous freedom as it’s tied to free speech. A ruling last term allowed a death row inmate to receive prayer from a pastor as he was put to death.