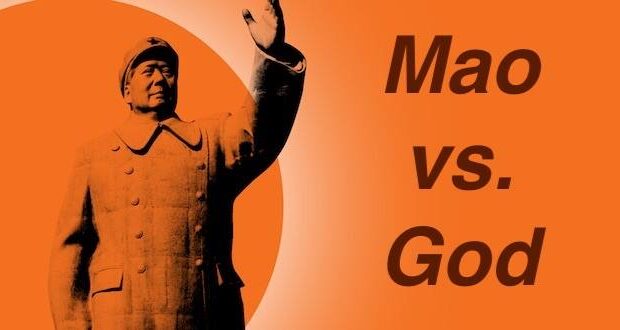 The Chinese Communist Party (CCP) is cracking down on Christians and other religious minorities at a rate not seen since the cultural revolution. That was the assessment of a panel hosted by the Cardus Religious Freedom Institute.

The webinar discussion, titled Mao vs. God: State Control of Churches in China Under Xi, focused on the CCP’s persecution of Christians, Uyghur Muslims in Xinjiang, Tibetan Buddhists, and adherents of the spiritual practice Falun Gong.

The communist regime has increased the oppression of religious rights in recent years, said panelist Benedict Rogers, co-founder and chief executive of Hong Kong Watch, at the webinar held on Oct. 26.

READ: Is China behind cultural unrest in U.S.?

“China today is going through what I would describe as the worst crackdown on human rights as a whole since the Tiananmen massacre, and the worst assault on religious freedom since the Cultural Revolution,” said Rogers, who is also a member of the advisory group for the Stop Uyghur Genocide Campaign. It is an amazing statement since estimates are that up to 20 million people died during the Cultural Revolution from 1966 thru 1976.

The webinar also heard from David Mulroney, former Canadian ambassador to China from 2009 to 2012. He said Canada must speak out boldly against religious persecution in China.

“Canada has been less than resolute when it comes to speaking up about religious persecution in China,” said Mulroney.

“The notion that you can advance a cause by not speaking honestly about it is simply bad diplomacy. The Chinese government will not somehow moderate its behaviour in exchange for our silence; it will shrewdly equate our silence with consent. The silent treatment never works with the Chinese Communist Party.”

Mulroney said he witnessed Muslims and Catholics being harassed by Communist officials during his time as ambassador to China. He was also followed and threatened by “thugs” when he visited Xinjiang—an area of China notorious for its massive concentration camps where nearly 2 million Uyghurs and other Turkic Muslims have been detained.

“These sessions served to reinforce my sense that the professional formation of the Chinese officials renders them incapable of understanding religion as anything other than a superstition,” he said.

“This profound [lack] of understanding and experience, widened by decades of anti-religious propaganda, has bred ignorance and intolerance, even fear of religion.”

Rogers said the CCP has been hostile toward religions because the officially atheist regime opposes religion ideologically. The totalitarian government is also nervous about anything it cannot control, especially the gathering of large groups of people, he said.

Benedict added that the COVID-19 pandemic has led to an awakening of conscience among the general public regarding China.

“In my experience in human rights, that oppressive and tyrannical regime will never stop with one group of people,” said moderator David Sweet, a Conservative MP and a strong advocate for human rights. “So when we fight for religious freedom we not only fight for our own camp, but whenever we fight for anyone, we fight for all.” 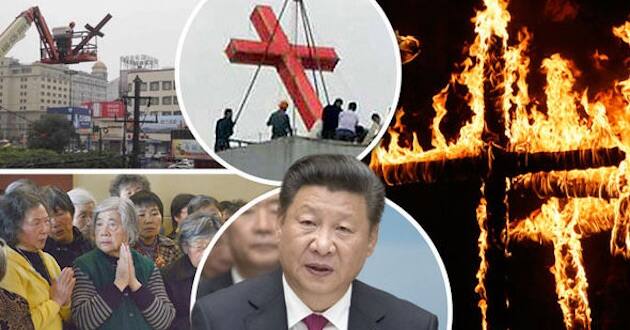 “Canada remains concerned by the rise of antisemitism and Islamophobia; the ongoing persecution of Uyghur Muslims, Tibetan Buddhists, Falun Gong practitioners, and other faith and belief communities in China; the continued economic exclusion of Bahá’ís in Iran; and the imprisonment of Christians in North Korea,” Champagne said in a statement.

The consensus at the webinar was that the CCP’s oppression of belief and the believers has intensified in recent years.

“While there is a strong element of continuity in Chinese official antagonism toward religion, its approach has not been uniform overtime,” Mulroney said.

“The anti-religious extremism over Cultural Revolution was followed by a gradual increasing tolerance in the early 1990s and 2000s—the Party’s bloody campaign against the Falun Gong representing a notable and tragic exception.”

Falun Gong, a spiritual self-cultivation practice based on the principles of truthfulness, compassion, and tolerance, gained widespread popularity  in China in 1990s. Fearing its rapid spread, former CCP leader Jiang Zemin launched a brutal campaign against Falun Gong in 1999. This resulted tens of thousands of adherents being jailed, tortured, and even subjected to forced organ harvesting, which was first made public by Canadian human rights lawyer David Matas and former cabinet member David Kilgour in 2006 after they released an investigative report on the issue.

After a brief period of relative relaxation of control on religion, the pressure dramatically resurged in 2008 as Western countries were laid low by the global economic crisis.

Chinese policies on religious restrictions had varied from province to province in China prior to the Xi administration, but in 2018, a revised regulation on religions came into effect leading to tightener restrictions on Christians, Benedict said.

“And in recent years, we’ve seen the destruction of — including the dynamiting of — churches, the destruction of thousands of crosses, the closure of churches, and the arrest of pastors,” he said. “Notably the case Living Stone Church in Guizhou, the Early Rain Church in Chengdu, and in June this year the Xingguang Church in Xiamen.” 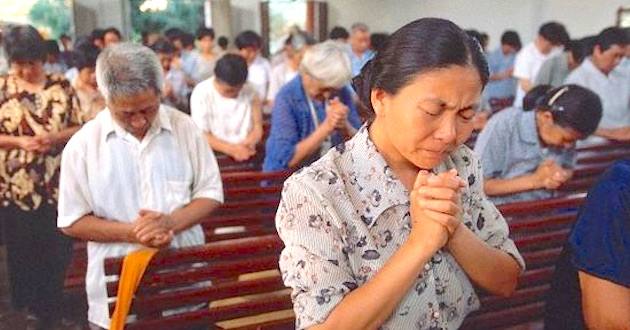 Benedict also noted that the CCP is trying to produce a new version of the Bible which conforms to the Party’s agenda, quoting Wang Yang, the chairman of the Chinese People’s Political Consultative Conference.

During a religion affairs meeting in November 2019, Yang called for a “comprehensive evaluation of the existing religious classics aiming at contents which do not conform to the progress of the times.”

Kevin Garratt, a Canadian citizen who was imprisoned for two years in China, also shared his experience at the webinar.

The Cardus Religious Freedom Institute is an Ottawa-based think tank which aims to “foster emerging scholarship, facilitate public discussion, and to engage our country’s democratic institutions.”