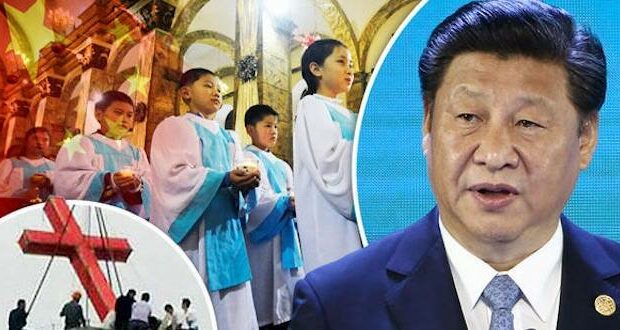 Christianity is being officially interpreted as a communist doctrine in a new museum to honor the Communist Party’s 100th birthday. The startling news comes from human rights group Bitter Winter.

The Chinese government is planning expansive and lavish festivities across the nation to mark the centennial of the totalitarian organization’s founding in the country and will include an “unprecedented” patriotic display in Hong Kong, the latest victim of its oppressive dealings.

China’s state-operated, nominally Protestant “Three-Self Church” on June 25 opened its “One Heart, One Virtue, One Path: Chinese Christianity Loves the Party, the Country, and Socialism Theme Exhibition” highlighting the role Christians played in the Party’s foundation and early operations.

Among those featured is Dong Jianwu, a priest of the Episcopal Church of the United States, who joined the Communist Party and helped raise Chairman Mao Zedong’s three sons. The exhibit does not note that Dong, like many Christians, lost his membership in the atheist political movement and suffered persecution under the Cultural Revolution, before ultimately dying from a lack of proper medical care, which the communists denied him.

Despite its fervent loyalty to Beijing and watered-down theology to make it palatable to the government, China’s homegrown Three-Self Patriotic Movement (a reference to the Christian Holy Trinity) endures routine scrutiny from communist officials and faces regular closure of its churches by the officially atheist government. In 2019 alone, Beijing shut down over 300 of its churches, Bitter Winter estimated. 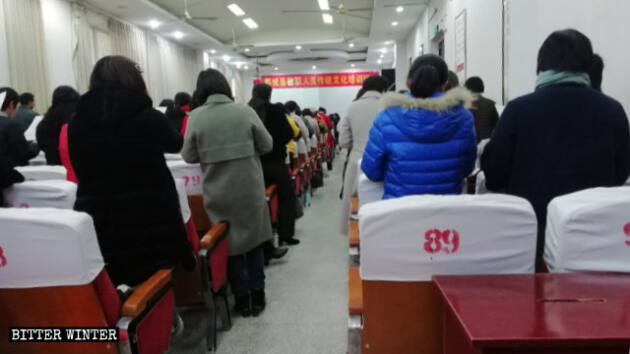 The official state recognition of the Three-Self Church does little to actually protect Christian worshipers and mostly provides a pretense for Beijing to claim religious toleration. China often uses absurd legal technicalities to harass Christians, working around the nominal state sanction of their activities, bulldozing churches nationwide for dubious reasons such as a cross standing too high in violation of building codes. Such efforts have grown more brazen in recent years. In 2020, for instance, China reportedly demolished a state-approved church on Easter, citing “hidden safety risks.”

History fully proves that without the CCP, there is no religious policy that is supported by both believers and non-believers, there is no social environment for the healthy development of religion in China, and there is no good situation where all religions in China can live in harmony.” Xiu, who presides over the largest Protestant denomination in China, added that, “The Party and the government’s philosophy of governing for the people fully reflect the superiority of the Socialist system. By 2035, we will have basically achieved the ambitious goal of a modernized Socialist country. All this would be absolutely impossible to achieve without the great Chinese Communist Party.

He went on to define the role of Christianity in China as one subordinate to socialism and authoritarian government, asserting the church’s goal is to “contribute to the great goal of building a modern Socialist country” and to build “a bright and more glorious tomorrow in the next century under the leadership of the CCP [Communist Party].”

“The Chinese Communist Party has been inextricably linked to Christianity from the day of its birth,” Xiu triumphantly concluded.

The state-run church’s attitude runs in contrast to the government’s dealings with the Roman Catholic church, with which it maintains strenuous relations. The Chinese Catholic Church is a wing of the Communist Party and operates separately from Rome. While Beijing has spoken highly of Pope Francis, it has taken steps to curtail the influence of the world’s largest Christian branch, arresting its leaders and driving many committed Catholics underground. Communist officials arrested the bishop of Xinxiang in May, along with ten other priests for their refusal to join the Chinese Catholic Patriotic Association, an organization for compliant clerics that operates under intense government scrutiny. 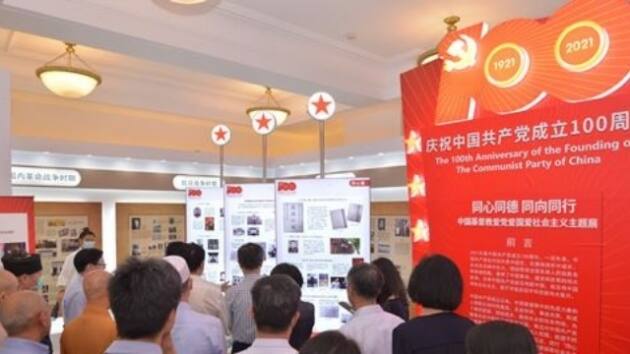 Christianity has existed in China since at least the 7th Century, when Nestorian missionaries operated within the Tang realm, though some Christian sources suggest the faith reached China centuries earlier. The legality of the faith has fluctuated over the centuries, though outright bans on its practice never eliminated it entirely.

In the 19th Century, Christian missionaries made considerable headway in the Qing Dynasty’s southern regions. Hong Xiuquan, himself a convert, ultimately proclaimed himself the sibling of Jesus Christ and led many of the nation’s Christians to form a breakaway dynasty, Taiping Heavenly Kingdom. The ensuing Taiping Rebellion (1850-1864) against the Qing marked one of the bloodiest civil wars in human history, killing tens of millions of people.

Though it ultimately failed, both modern political movements within China, the communists and the now-exiled nationalists, drew inspiration from the Taiping. Their practices of holding property in common attracted impoverished peasants and provided a historical example for the communists during the drive to collectivize agriculture. Chiang Kai-Shek, the nationalist leader of the Republic of China, converted to Christianity in 1930.

Previous: Would you eat ‘upcycled’ food?
Next: Palestinians say they’re in a police state not of Israel but of their own leaders