Home / News / Columns / Dear conservative, corporations are not your friends 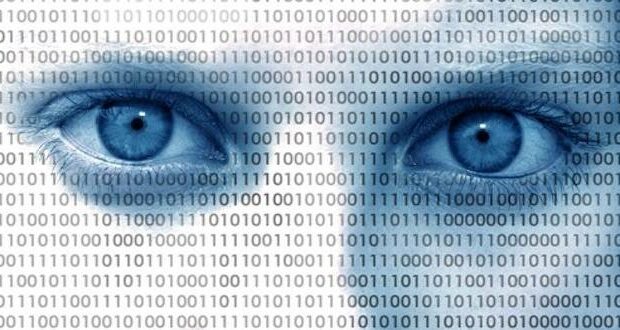 Over the past three decades, the Left-Right debate in America has been full of oddities and contradictions. Perhaps the strangest of them all has been the conservative movement’s devotion to the interests of large corporations, which routinely use their wealth and power to support causes that directly conflict with conservative ideals.

Among the most notable examples is the recent attack on political speech waged by large technology companies (and multi-billion-dollar corporations) such as Apple, Microsoft, Twitter and Facebook.

Conservatives spent years calling for limited regulations, special laws that allow for tech companies to operate more easily online and lower tax rates for all corporations, including tech giants. Tech companies have responded by limiting the political speech of conservatives—and no, I am not referring to restrictions placed on the social media accounts belonging President Trump.

SUPPORT! We could use your $5 donation

One could present dozens of examples of social media’s bias against prominent conservative voices and right-leaning media outlets. For instance, consider Twitter’s decision to ban The New York Post in October because it refused to remove a story from Twitter about evidence showing Chinese and Ukrainian businesses had paid Hunter Biden—and possibly Joe Biden as well—to gain access to the White House while Joe Biden was serving as vice president.

Regardless of whether you believe the Post’s story, there was no denying that the evidence it presented was compelling and in line with modern journalistic standards, and thus should never have been prohibited on an allegedly “open forum” like Twitter.

Conversely, hundreds—perhaps even thousands—of stories claiming to show that Donald Trump had colluded with Russian officials during the 2016 presidential campaign were reposted millions upon millions of times during Trump’s four years in office. Social media platforms did nothing about these stories, despite the fact that many of them relied solely on a dossier paid for by Hillary Clinton and dependent on interviews with unnamed foreign sources. 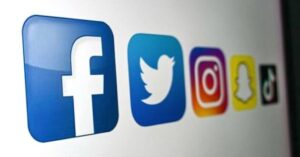 Consider also the recent removal of social media app Parler from the Google Play and Apple app stores, as well as the subsequent removal of the website from web servers run by Amazon.

Apple, Google and Amazon all claim they decided to effectively shut down the right-leaning Parler app—silencing its more than 10 million users in the process—because Parler had not done enough to moderate obscene content and calls for violence on its platform. But if that were truly the reason for the actions taken against Parler, why haven’t these big tech companies also closed down left-leaning services like Facebook and Twitter, which permit all sorts of reprehensible posts on their platforms?

For example, to this day, Twitter continues to allow the supreme leader of Iran, Ayatollah Khamenei, to spew hateful language on its platform, including this racist, violent post from June 2018: “Israel is a malignant cancerous tumor in the West Asian region that has to be removed and eradicated: it is possible and it will happen.”

Of course, large technology companies are not the only powerful corporations that have worked against conservative interests.

The massive corporations controlling the health insurance industry were some of the biggest supporters of the Affordable Care Act in 2009 and 2010, when President Obama and Vice President Biden were working to push their proposal through Congress.

Today, dozens of prominent leaders in business and finance, including the CEOs of Mastercard, BP and Bank of America, are working with the World Economic Forum to create a “new social contract” that aims to dramatically alter the global economy in line with progressive goals.

Corporations across the country frequently use their vast resources and influence in the labor market—about half of all employees work for large businesses, many of which are corporations—to coerce state and local governments to provide crony tax breaks or government funding in exchange for relocating, expanding or keeping business operations in particular regions.

Large corporations have been some of the largest advocates for and beneficiaries of government bailout programs, going all the way back to the George W. Bush administration. Analysts on the ideological Left and Right have found that the government coronavirus bailouts provided in 2020 mostly favored large, often very wealthy, corporations.

There is nothing even remotely “conservative” about any of this. And yet, many within the conservative movement, a group I have belonged to for my entire adult life, have for years supported policies designed to help this powerful group. The question is not whether this has occurred, but rather why it has occurred. Why have conservatives fought so hard for people who have worked so tirelessly to undermine right-wing principles?

“We’re for the free market!”—that’s the response you’ll most likely hear if you ask many, but certainly not all, within the conservative movement. But the truth is, large corporations are often the creations of government policies, not free-market economics.

Corporations operate under different regulatory and tax structures than individuals. They have special liability protections that are not available to individuals, either. And publicly traded corporations are typically not loyal to any one country; they will often go wherever they can secure the most lucrative conditions, often at the expense of taxpayers. In fact, they are the opposite.

The era of conservatives supporting large corporate interests must end. Taking any other course of action would not only be hypocritical; it would be in direct opposition to conservatives’ interests, and possibly even the survival of the movement.

If those of us who value free markets and individual liberty cannot see the desperate need to reverse course by now, then we will deserve the catastrophic consequences in the years to come.

–Justin Haskins is the Editorial Director and a Research Fellow at the Heartland Institute.

Previous: Letter to the Editor: Why does President Biden have a Power of Attorney?
Next: Missouri jobs struggle with continued lockdowns