After a study found that Palestinian textbooks used in schools are teaching kids to be jihadists, the European Union said it will begin examining new Palestinian school textbooks before they are released.

“The study shall be carried out by an independent and internationally recognised research institute,” she said in a statement. 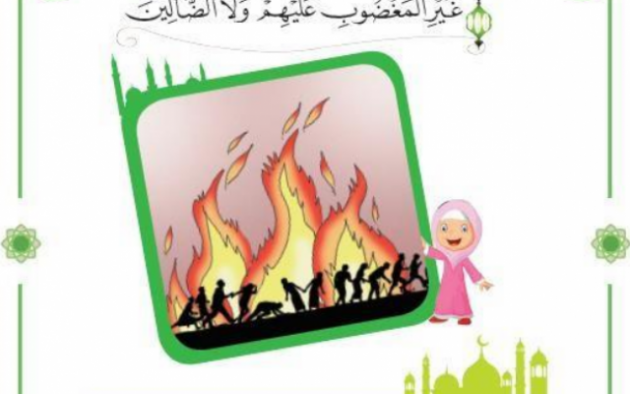 The investigation will focus on “identifying possible incitement to hatred and violence and any possible lack of compliance with Unesco (United Nations Educational, Scientific and Cultural Organisation) standards of peace and tolerance in education,” Mogherini continued.

The EU has already begun the probe. It follows a study from the Institute for Monitoring Peace and Cultural Tolerance in School Education (IMPACT-se) released last month which revealed the radical ideologies being taught to Palestinian children in their new textbooks.

The 70-page report says the new textbooks include a “systematic omission of any reference to a Jewish presence in Palestine pre-1948. However, Jews were previously mentioned, as well as the name ‘Israel’ on two maps.”

Children are not taught to solve conflicts with the ultimate goal of peace. Instead, they are taught to lay down their lives and become martyrs.

“For the first time, a violent reference to the fate of six million Jews living in Israel after its liberation appears in a poem which calls to ‘annihilate the remnants of the foreigners’ after ‘eliminating the usurper,'” the report says.

The curriculum also emphasizes the return of Palestinian refugees to the land through violence.

The researchers who did the study placed part of the blame on the EU.

“The European Union is the largest financial donor to the Palestinian Ministry of Education. But European taxpayers’ money and good will have been abused for years, with generations of young Palestinians systematically undergoing radicalization,” said Marcus Sheff, CEO of the institute. “There is no excuse and no justification. The PA takes hundreds of millions of euros and in return educates millions of children to violence, hatred and Jihad. We hope that the EU’s in-depth examination of this issue will help put an end to this abuse of children and will finally enable young Palestinians to finally receive a meaningful education for peace and tolerance.”

Following the release of IMPACT-se’s report, the EU parliament passed legislation intended to stop aid funds from going to the Palestinian Authority.