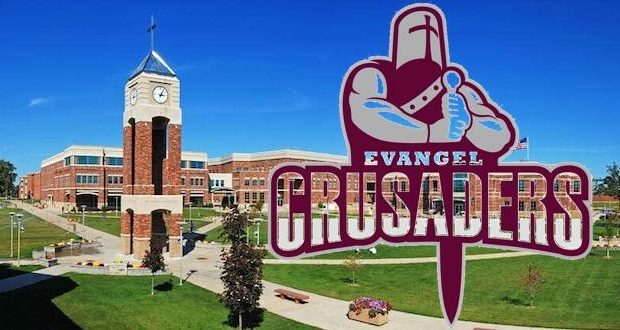 Evangel University is retiring the use of its Crusader mascot after a lengthy review process. The Crusader has been the official mascot since the school’s creation in 1955.

According to a press release it was a unanimous decision made by Interim President Dr. George O. Wood, its Board of Trustees, and the President’s Cabinet.

The school’s website states that it wasn’t about “cancel culture” – the effort to wipe out history or “cancel” individuals or organizations for past beliefs.  “Ultimately, this decision was made because our Christ-centered focus requires it,” the school states. “This is not a cultural response to political correctness, but simply the right thing to do.”

“The world has changed significantly since the 1950s, when the Evangel community, intending to depict strength, honor, and commitment to the faith, first identified a Crusader as the school’s mascot,” stated Wood. “Today, we recognize that the Crusader often inhibits the ability of students and alumni to proudly represent the university in their areas of global work and ministry.”

This decision was the result of a lengthy and thoughtful review process, including ad hoc committees and focus groups consisting of faculty, staff, students, and alumni going back as far as 2007. The overwhelming recommendation of the groups was to retire the symbol.

“The negative connotation and violence associated with ‘Crusader’ imagery are not reflective of Evangel University’s mission and values,” the school told students. “Evangel University is and always has been a faith-based institution, thus, the institution must be sure that representative symbolism is in alignment with its beliefs and speaks to its core values.”

“I fully support the decision made by Evangel to retire the Crusader mascot and identify a new mascot that will serve the university well in the future,” said Dennis McDonald, athletics director.

The EU community will have the opportunity to offer suggestions on a new mascot, and a committee comprised of students, alumni, faculty, and athletic staff will be created to guide the process.

Other schools across the country continue to abandon the Crusader image. The Lutheran university Valparaiso in Indiana dropped it in February, 2021.

In July of 2020 another Lutheran school, Capital University in Ohio, also dropped its use of “Cappy the Crusader.” The decision there was also an effort spearheaded by both students and administration.

Wheaton University, just outside Chicago was one of the first Christian colleges to drop the Crusader mascot. It made the decision in 2000.

The Crusades and Crusader symbolism has always been controversial. Historians point out that while Crusaders moved to rest control of Spain, Jerusalem and the Holy Land from conquering Muslims, they did so at great expense to human life. Over dozens of Crusader campaigns spanning centuries, millions of Christians, Jewish and Muslim inhabitants of the Holy Land and other regions were indiscriminately slaughtered.

Noted historian Fielding Hudson Garrison estimates 3,000,000 total dead for the crusades covering the period from 1095 to 1291. That included up to a million soldiers lost in battle. The dead included not just residents of the Middle East, but people living in the Byzantine empire of eastern Europe and Spain which was also under Islamic control.  “The crusades occasioned the destruction of three million (two million Europeans) in 194 years.” writes Garrison in his “Notes on the History of Military Medicine.”

According to the Jewish history website Chabad.org, the crusades started as a noble cause.

“In general, the Church found Muslim control of Christian holy places in Eretz Israel intolerable, especially when reports came from Jerusalem of harassment of Christians visiting the holy sites. As such, in 1095 Pope Urban II called for an army of Christians to conquer Eretz Israel from its Muslim rulers. Indeed, that Christians viewed Islam as a threat was hardly new. In the Eighth Century, for example, Muslims captured Spain and made inroads into France, before being defeated by Charles Martel’s Frankish army. Slowly, the Christians fought back, beginning the reconquest of Spain. When the legendary Spaniard El Cid retook the important Spanish city of Valencia from the Muslims, the Christian world was greatly encouraged, feeling that the time was ripe to strike at the Muslim world. In addition, the Church saw as its mission spreading Christian rule, which they termed the “Kingdom of G‑d,” over the heathen infidel.”