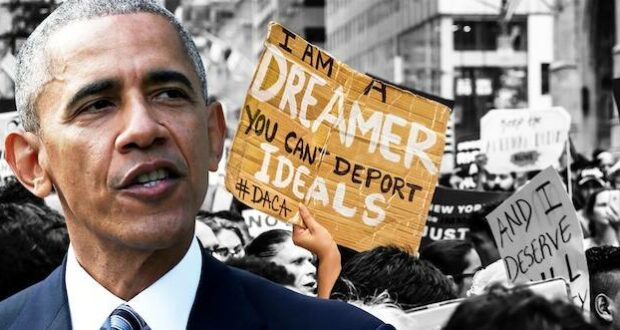 The controversial immigration policy known as (DACA), or Deferred Action for Childhood Arrivals, has been ruled illegal by a federal court. It shields adult immigrants, who had entered the country illegally while under the age of 18, from deportation.

The ruling by the 5th Circuit Court of Appeals on Wednesday (pdf) affirms a decision in July 2021 by a Texas federal judge—U.S. District Judge Andrew Hanen—who declared the DACA program illegal and blocked new applications but kept the policy intact for current beneficiaries. The appeals court similarly left the DACA program intact for current beneficiaries, which means current DACA recipients can continue to file renewal applications.

It’s a setback for the Biden administration’s efforts to “preserve and fortify” DACA and codify it into federal law with a new policy. That policy which was subject to public comments as part of a formal rule-making process intended to improve its chances of surviving lawsuits challenging it. It’s set to be effective Oct. 31 to replace the 2012 Department of Homeland Security (DHS) memorandum that had created DACA under Obama.

The latest court decision comes as part of an ongoing lawsuit filed by numerous states in 2018 that argued that the Obama administration lacked the authority to create DACA. The Trump administration also contended it was illegal and said it was unfair to migrants because it kept them in permanent legal limbo.

Since its creation in 2012, DACA has granted an estimated 800,000 illegal immigrants protection from being deported. The immigration program was established via a DHS memorandum in 2012, under President Barack Obama’s administration. It gives eligible recipients, known as “dreamers,” a renewable, two-year reprieve from deportation, as well as work authorization and access to social security.

Hanen, in his decision in July declaring DACA illegal, had stated that DACA goes against the Constitution given that Congress never provided the executive branch authorization to grant deportation reprieves to illegal immigrants in the United States.

Chief Judge Priscilla Richman of the 5th Circuit of Appeals wrote in the opinion on Wednesday: “The district court’s excellent opinion correctly identified fundamental substantive defects in the program. The DACA memorandum contracts significant parts of the [Immigration and Naturalization Act].”

She added: “DACA creates a new class of otherwise removable aliens who may obtain lawful presence, work authorization, and associated benefits. Congress determined which aliens can receive these benefits, and it did not include DACA recipients among them.

“We agree with the district court’s reasoning and its conclusions that the DACA Memorandum contravenes comprehensive statutory schemes for removal, allocation of lawful presence, and allocation of work authorization.”

The Justice Department under the Biden administration did not immediately signal whether it would appeal the latest decision. If it files a formal appeal, the case would go to the U.S. Supreme Court.