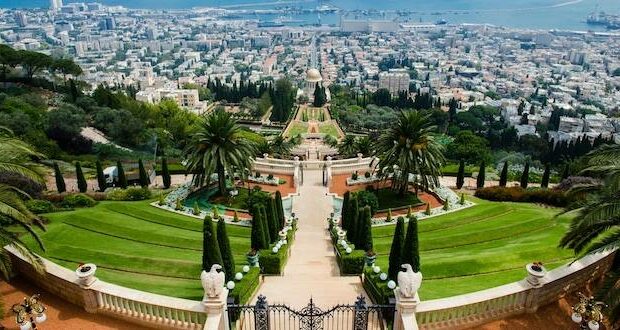 Haifa, Israel is a popular stop on Mediterranean cruises.

Leaders from the worlds of business, government, and media gathered at a conference in Jerusalem recently to share ideas on strengthening Israel and its relationships with other nations.

“Being here today is so vital into affirm our shared values and principles, to strengthen our ties with Israel and to address some of the core problems that we are facing,” Anand Samy, cofounder of the Jerusalem Leadership Summit, says. “We know that over the past few years there has been an erosion of support from the United States toward Israel. We’ve seen that with the rise of BDS, and 30 percent of Democrats today — registered Democrats — support BDS, according to a poll from the University of Maryland.”

Cheryl Chumley, online opinion editor of “The Washington Times,” which cosponsored the summit, noted that “The significance of the U.S.-Israel relationship cannot be understated. There may be thousands of miles that separate America from Israel, but the shared love of freedom draws us close. The common desire for sovereignty, law and order, and justice and security unite us in spirit.”

“Guess where America’s founders turned, at least in part, when it was time to forge a new government for the newly freed society?” she asked. “To the Ten Commandments, the same 10 commandments given to Moses and by God at the base of Mount Sinai after the Israelites crossed the Red Sea during their Exodus from Egypt.

“Israel and America are natural allies. It’s undeniable. The very foundations of America’s liberties are rooted in Jewish history, and most Americans, by and large, both understand and cherish this natural U.S.-Israel alliance.”

Many who spoke at the summit pointed to Jerusalem as the hub of the Middle East and of the Abraham Accords. “The road to peace runs through the city of Jerusalem,” said David Friedman, former U.S. ambassador to Isreal. “Jerusalem literally means `the city of peace.’”