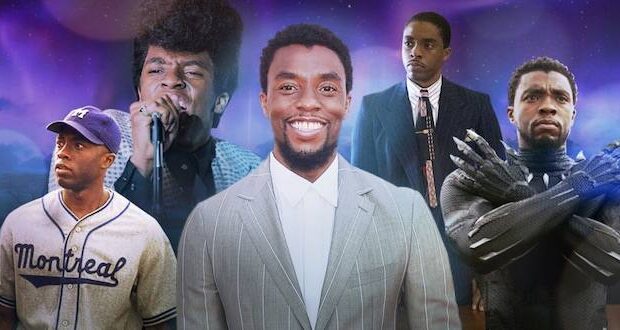 From the impression he left on a pastor of his youth to his own words at the 2018 commencement of Howard University, his alma mater, Boseman demonstrated a Christian life that included service, overcoming stereotypes and a desire to depict strong characters.

Speaking at the 2019 ceremony where Denzel Washington received the American Film Institute Life Achievement Award, Boseman recalled the famed actor’s role in helping him get where he did in his career. He recounted the story of how actress Phylicia Rashad asked Washington to help her pay for nine theater students at Howard to attend a summer program at a British drama academy at the University of Oxford.

“As fate would have it, I was one of the students that he paid for,” he said. “An offering from a sage and a king is more than silver and gold. It is a seed of hope, a bud of faith. There is no ‘Black Panther’ without Denzel Washington. First, giving honor to the creator and my ancestors on whose shoulders I stand.”

He used his own example to tell the graduates to hold on to principles and standards like ones they had learned at the historically black school.

“Sometimes you need to feel the pain and sting of defeat to activate the real passion and purpose that God predestined inside of you,” he said to applause. “God says in Jeremiah ‘I know the plans I have for you, plans to prosper you and not to harm you, plans to give you hope and a future.’”

He urged the graduating students to focus on their purpose rather than a specific career or job and to take the harder paths of life.

“When I dared to challenge the system that would relegate us to victims and to stereotypes with no clear historical backgrounds, no hopes or talents, when I questioned that method of portrayal, a different path opened up for me, the path to my destiny,” he said. “When God has something for you, it doesn’t matter who stands against it. God will move someone that’s holding you back away from a door and put someone there who will open it for you if it’s meant for you.”