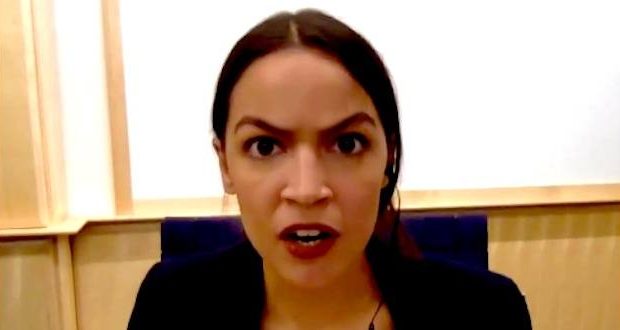 A liberal Catholic newspaper based in Kansas City ran a story this week saying that Democrat congresswoman Alexandria Ocasio-Cortez is “the future of the Catholic Church”.

Heidi Schlumpf, executive editor of the “National Catholic Reporter,” said she was impressed by Ocasio-Cortez’s speech on the floor of the House of Representatives in response to a Republican congressman calling her names, emphasizing “how often it [her speech] referenced Catholic values”.

“Ocasio-Cortez repeatedly railed against the ‘dehumanizing’ of others and instead called for treating people with dignity and respect,” Schlumpf wrote. “These are themes often repeated by Pope Francis, who has specifically cautioned about gossip and urged the use of respectful language, saying “it is possible to kill someone with the tongue.’”

Schlumpf did not explain how Ocasio-Cortez’s words had anything to do specifically with the Catholic faith. Likewise, Schlumpf did not point out the irony of Ocasio-Cortez calling out others for dehumanizing fellow human beings when she herself is a strong supporter of abortion.

In a separate tweet, Ocasio-Cortez added, “Ultimately, this is about women’s power. When women are in control of their sexuality, it threatens a core element underpinning right-wing ideology: patriarchy. It’s a brutal form of oppression to seize control of the one essential thing a person should command: their own body.”

The “Catechism of the Catholic Church” condemns abortion as a “moral evil.” “This teaching has not changed and remains unchangeable,” the church emphasizes. “Direct abortion, that is to say, abortion willed either as an end or a means, is gravely contrary to the moral law.”

The Catholic Church is officially pro-life, as are the vast majority of its members.