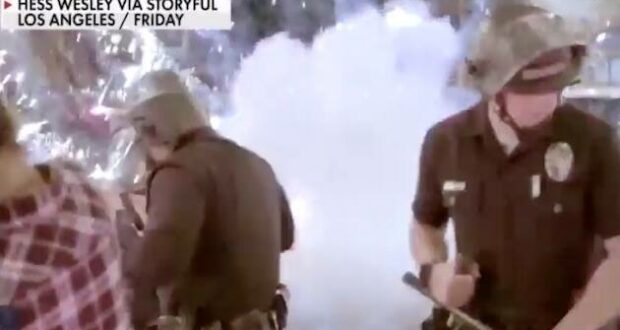 Pro-life organizations, including women’s clinics, are increasing security in response to violent attacks after Roe v. Wade was found unconstitutional. In Missouri and Kansas, pro-life groups are working with police and scheduling active shooter training.

Marsha Middleton, director of Alliance for Life, which works to unify and champion life groups, says clinics across both states are pro-actively responding as they face increased threats. “Almost all of the ministries and organizations we serve are taking measures and planning a response in case they were vandalized or attacked,” Middleton says. “There’s a lot of conversation taking place on a national level in the pro-life community.”

Data compiled by the Susan B. Anthony List and CatholicVote has found that dozens of centers have been attacked. One watchdog group has the number at over 60 with the weekend’s attacks. All this while very few national news outlets report on the violence.

The monumental Supreme Court decision came down on June 17 as pro-lifers braced themselves for violent attacks following threats from pro-abortion activists who encouraged others to “rage” in protest. Less than a day after the ruling, authorities were alerted to a fire at Life Choices pregnancy center in Longmont, Colo. This is one of at least nine attacks on pro-life centers or Catholic institutions. Other ministries, like one in Michigan, have been firebombed. Authorities are also taking seriously death threats against pro-life volunteers and workers.

“The building sustained fire and heavy smoke damage,” police said of the Colorado pregnancy center. “At the arrival of police and fire staff, the front of the property had been vandalized with black paint. This fire is being investigated as arson.”

The center’s front door was also broken, and the building was spraypainted with the words, “if abortions aren’t safe neither are you,” as well as the words, “bans off our bodies.” Both the FBI and Longmont Public Safety are investigating the incident.

Middleton says that ministries have “ramped up” security measures including installing security systems and additional cameras. In addition, Metro Voice spoke to a pro-life women’s clinic who said neighboring businesses had also reached out to offer assistance with some encouraging employees to keep a watchful eye.

The focus on additional security, says Middleton, is being led by webinars hosted by national organizations to train local ministries to be prepared. “They’re offering a game plan to prevent or respond to vandalism. There are a lot of conversations taking place” she told Metro Voice.

Regional women’s clinics and pro-life groups have also heightened their contact with local law enforcement with the increased pressure from pro-abortion activists.

In Kansas, with the pro-life Value Them Both amendment to the state constitution on the Aug. 2 ballot, a lot of pro-abortion groups are focusing on the state. That’s fueled growing tension as out-of-state dark money pro-abortion groups run commercials against the ballot measure.

Ruth Tisdale, Director of Advice and Aid in Overland Park, Kan. says they began planning heightened security in the spring, ahead of the Supreme Court’s ruling. “We have added cameras because of our location in Overland Park is next to the largest abortion provider in the metro,” she told Metro Voice.

“There are people that come from both sides of the abortion issue and stand on the sidewalk outside,” and they’ve become louder and more intense since  the leak of the court’s eventual ruling, she says. “On Saturdays, we have an off-duty police officer in the building with our staff, volunteers and the women seeking help.”

But with skyrocketing violence against pro-lfie clinics, she says the board voted to invest in a daily security presence. There will now be an armed off-duty policy officer in the building each day she says and visitors will need to be buzzed in.

With death threats against pro-life staff and volunteers increasing, Advice and Aid joins a long list of ministries planning active shooter training. “We’re working with the Overland Park police to provide the training to our board, staff and volunteers,” Tisdale revealed.

Some large groups are rescheduling conferences. Missouri Right to Life announced on the day the ruling was announced, a major schedule change. In a statement, MRL told members, “The MRL Statewide Meeting has been postponed. We will notify our region and chapter leaders of the new date as soon as possible. Please keep praying for all the U.S. Supreme Court justices, and pray for all the pro-life agencies and organizations as we await the US Supreme Court decision. Pray also for those who feel such anger over this issue.”

Life Choices Executive Director Kathy Roberts says the attacks are really against the women who want to keep their babies. “It is an attack on those who walk through our doors every day in need of diapers, pregnancy tests, limited ultrasounds, clothing, financial and parenting classes, support and so much more. It is an attack on a place that is supposed to be safe for women, men and their families.”

With many police departments underfunded and stretched to the limits with growing crime, something else is also needed.

Tisdale, whose organization works with Alliance for Life, says the community really needs to pray. “We are taking all this to prayer because the Lord is our ultimate protector. We want to call upon him to protect us and our clients.”

For Middleton, it’s another example of how pro-life organizations, churches and the community can be pro-active as well as reactive.  “Our centers have taken these threats seriously and the potential for increased violence across our area,” she says.

For now, clinics remain open, serving the women who seek to keep their babies. Thousands of women are served both medically and spiritually each week across Missouri and Kansas. There’s no plan to stop that no matter the tactics of pro-abortion groups.

Says Middleton, “We are not operating in fear.”

If you would like to learn how to help defray some of the increased security cost, contact Alliance for life at 816-806-4168 or 417-598-1040 or visit allianceforlifemissouri.com.

You can also visit the Metro Voice Pro-Life Guide to find more information on area ministries and clinics.