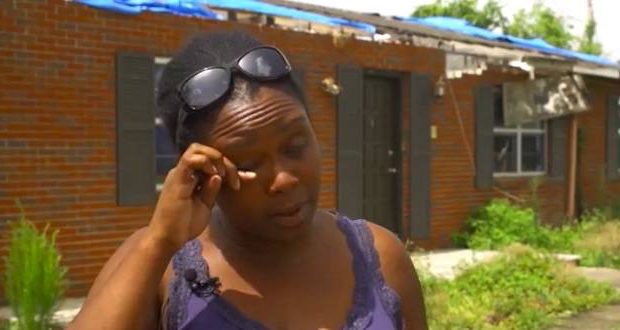 There are plenty of instances where natural disasters have significantly affected communities across the nation. From tornadoes in Oklahoma and Kansas, floods in Missouri, Iowa and Louisiana and the Northeast, to devastating fires and earthquakes in California, people are under stress.

Rebuilding after a natural disaster is taxing financially, physically and emotionally. Stress can last for days, even years, and while physical needs may be addressed, mental health issues can often go undetected.

“Really just pushing myself to get out of bed every day, because even when you build yourself up to the point of, ‘OK, I’m going to get my day going or my week going,’ you walk out of the front door and you look and it’s just complete devastation everywhere,” she said.

READ: 3 tips to prepare for storms

Her family lost everything when category five Hurricane Michael ripped through the panhandle in October of 2018. Anderson didn’t realize that the heaviness she’s felt since then was actually anxiety and depression.

“We don’t exactly talk about our feelings,” she said.

“We’ve all just kind of balled it up and [are] living like gypsies because we’re, technically we’re homeless, so from hotel to room, to room, to house,” she continued.

Hurricanes and other natural disasters lead to an incredible amount of stress and anxiety for survivors, contributing to mental health issues like depression and PTSD. 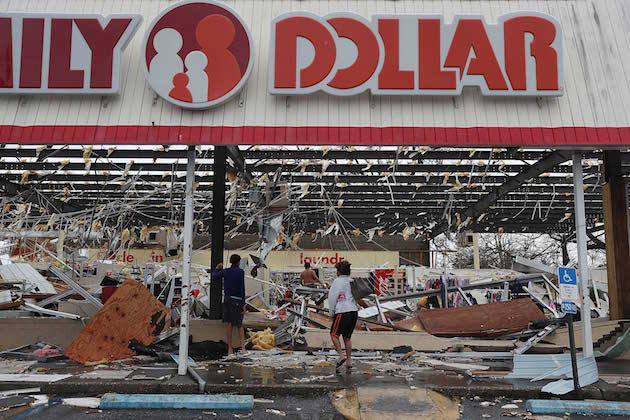 Instead of waiting for people to seek help, counselors from the Life Management Center of Northwest Florida search for those who need assistance. It’s part of a program funded through the Federal Emergency Disaster Agency (FEMA) called Project H.O.P.E.

“We just go out into the community, we talk to people about who we are, and we make them aware of what resources are available to them as far as in the mental health setting, as well as something as simple as coping skills,” said Project H.O.P.E. counselor Jamaica Thompkins. 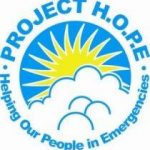 That’s exactly how she’s been able to support the Anderson family.

“She’s been a real light in our lives, she’s been really sweet…it’s just really a tough thing, everybody’s going through it and to have somebody to be a source of positivity, encouragement, refreshment, it’s been well needed,” Anderson said of Thompkins.

For Panama City resident Aimee Scollon, Thompkins and her Project H.O.P.E. teammate were an answer to prayer.

“I was just sitting here on the porch praying that I was at my wit’s end,” Scollon shared.

“I didn’t know what to do, and Jamaica and another lady, Shannon, showed up and I think God sent me those angels and they have been so good to me. They’ve helped with everything from food to getting me in touch with the right people to get assistance for our electric and water and things like that and just check up on me, which – you don’t feel so alone anymore,” Scollon continued.

“One of the hardest things is sometimes accepting that sometimes the only thing that I can be is an ear, a referral, a confidant, someone to offer emotional support, and be ok with that,” Thompkins confessed.

Tricia Pearce, the community relations head for the Life Management Center, says it’s important for people to know that anyone’s mental health can be affected by trauma.

“We’ve seen this affect people from the lowest of income in our area to the highest of income, those that had less stability in their lives prior to those who had the most stability in their lives prior to the hurricane. It’s affected everybody. People just need to know that it’s OK to reach out and get assistance when you need it,” she told CBN News.

Pearce helped get Project H.O.P.E. volunteers into organizations like the Boys and Girls Club, where volunteers teach coping skills and keep an eye out for any children showing signs that they’re struggling.

“I think the staff from Project H.O.P.E. has done a great job at trying to build relationships with the kids that are here,” said Hank Hill, the CEO of the Boys and Girls Club of Bay County.

“That’s the most important thing that you can do with a young person, is to develop a relationship with them and see what they’re interested in, find out what they’re good at or maybe just try to begin a conversation and a dialogue with their personal life a little bit, that’s how you make a connection with a child and then they’re more apt to share,” he continued.

The program is a top priority of the administration of President Trump who has authorized FEMA director Pete Fugate Gaynor to expand the program.

While he program is helping meet the mental health needs of this community through February of 2020, counselors hope disaster stays away so it won’t be needed again anytime soon.