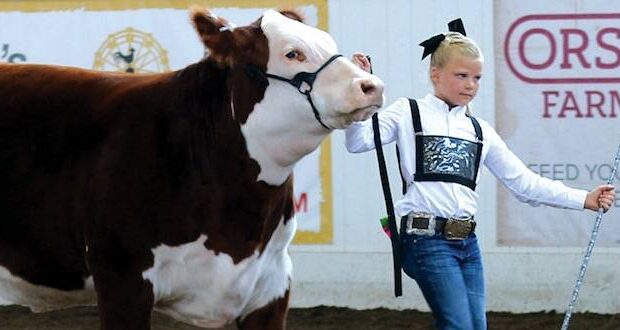 The upcoming Missouri State Fair will look much different this year. Although much of the programming has been cancelled, it will continue to showcase youth in agriculture.

“We care deeply about the public health and safety of our fairgoers and our community,” it was announced . “When the original decision to move forward with the fair was made, the information and numbers were different than they are now. In collaboration with Gov. Parson and the Missouri Department of Health and Senior Services, it was determined that the best course of action was to work to reduce the number of individuals on the fairgrounds. Best practices for sanitation and public health will still be implemented during the youth livestock show.”

The announcement noted that the decision largely was based on priorities of public health and safety, and a quality outdoor experience. Vendors and sponsors had been limiting or canceling their involvement in the fair, the announcement said. The notice referred to the event as a “back-to-basics” approach, noting that the original 1901 fair took the same form.

“As a farmer myself, the Missouri State Fair is very near and dear to me, ” Parson said. “The COVID-19 pandemic has canceled many events around the world, and we wanted to be sure the Missouri State Fair’s youth shows weren’t one of those. It is truly agriculture’s biggest family reunion, and we are proud to offer youth livestock shows in 2020. Just like a young person’s educational path, we are dedicated to making sure youth in agriculture get the opportunity to have a real-world experience caring for their livestock.”

Parson had promised earlier that some version of the fair would occur, noting it has only been canceled one time , during World War II. “As an [agriculture] governor, somebody who comes from the farm, I don’t want it to be the second time on my watch that it’s canceled,” Parson told reporters in June.

The livestock show is scheduled for the fair’s original dates of Aug. 13-23.