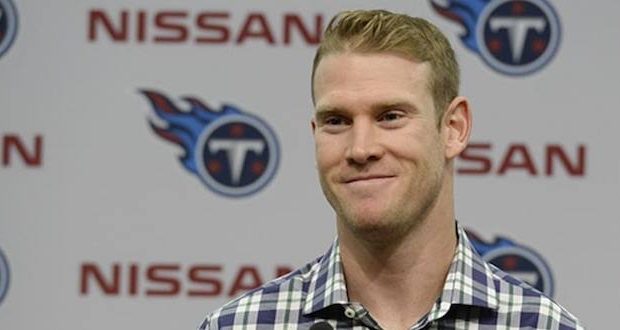 The Kansas City Chiefs have the Tennessee Titans to thank for not having to face the New England Patriots in the Dec. 12 playoff game at Arrowhead Stadium. The Titans knocked the defending Super Bowl champion out of contention with a 20-13 victory the previous weekend.

Win or lose, however, several members of the Titan’s team are playing for a higher purpose. Adoree’ Jackson, who hadn’t played since suffering a foot injury in December, was grateful to be back on the field.

“It is a blessing to be back out there with my brothers,” he said. “I thought I would be back sooner than I was, but it wasn’t God’s plan and his vision for me. But to have everything work out the way it did and to be able to be back for the playoff game, I am truly thankful.

“If you tell God your plans, he’ll laugh at them, because he has something better planned. I just had to wait, and now it is time and I am glad to be back.”

Quarterback Ryan Tannehill told “Sports Spectrum” he is thankful for the opportunity that God has given him.

“I pray before every game,” Tannehill said. “I spend time with God before I get to the stadium and then when I lace up my cleats, I thank God for the opportunity to go out there and attempt to glorify him. In my life, the times I’ve been really consistent, spending quality time on a daily basis with God in prayer, are the times I flourish the most. The times I’m feeling the tightest with God. He’s such a giving, loving Father that we don’t deserve and when you get a taste of it, you just want more.”

Jonnu Smith said there are ups and downs with playing professional football, but he overcomes those difficulties through faith.

“The way I get through it all is by relying on my faith,” he said. “It’s the foundation of everything I do, and I am so thankful for the way I was raised, because I lean on the things I learned as a kid today as a grown man. I’ve dealt with some tough times in my life, but it’s all made me stronger.”