Home / News / Columns / To Christians who voted for Biden: Did you not see this coming? 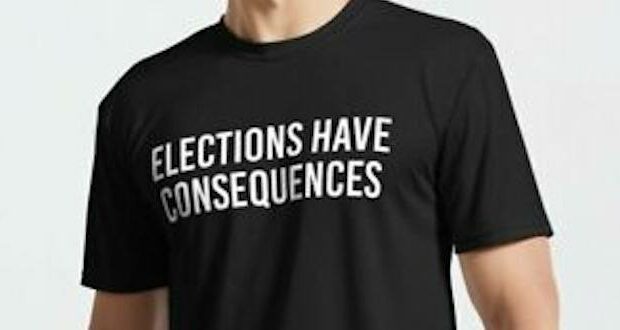 For the last four years, those of us who voted for Donald Trump and who identify as committed followers of Jesus have been asked incessantly, “How could you vote for him? If you truly believe in what is written in Scripture, how could you vote for a man like Trump?” Now, the tables are turned, and that same question must be asked of those who identify as committed followers of Jesus and who voted for Joe Biden. How could you do it? Did you not see the radical, destructive, anti-Christian policy decisions he would make?

As for the justification of our vote for Trump, our argument has been simple: We agreed that Trump’s character and personality could be negative and destructive. But we hoped that the good policy decisions he would make, decisions of massive, life and death proportions, would outweigh his character flaws.

And so, when it came to fighting against the slaughter of the unborn, numbering more than 60 million to date in America since 1973, Trump was our clear choice over Hillary Clinton or Biden. Jesus cares about “the least of these,” which most certainly includes the defenseless babies in the womb.

When it came to preserving our religious liberties and our freedoms of conscience and speech, Trump was our clear, hands-down choice.

When it came to standing up to radical Islam or facing down tyrannical China, Trump was our definite preference.

One of my colleagues in the Middle East recently told me how the bloodbath which took more than 650,000 lives during the Obama administration virtually stopped with Donald Trump.

My friend recounted to me the horrific torture and abuse of women in his region at the hands of Islamic extremists, including their repeated gang rapes (and worse). In his mind, Trump was a champion who helped put a stop to such horrors.

A Chinese émigré to Australia told me early last year that he was terribly afraid of President Xi and saw Trump as a hero, especially as Trump stood with the Hong Kong protesters.

These are spiritual, moral, and humanitarian issues of great importance to us as evangelicals, and so we appreciated Trump’s courageous stands.

Needless to say, the same Israelis who felt betrayed by the Obama administration were profoundly grateful to Trump for canceling the Iranian nuclear accords, knowing the real dangers of that terrible deal.

Were all these gains worth the negative effects of the Trump presidency? In the end, did he do more harm than good? Did he help evangelical causes while damaging the evangelical cause? Did he advance the things we stood for while degrading and defiling us in the process?

Those are fair questions to ask, and I respect those who answer in the negative. That’s also why I always respected those Christians who could not vote for either candidate in conscience before God.

But for those Christians who voted for Biden, were you not aware that he would be the most aggressively pro-abortion president in our history (with an even more radical vice president by his side)?

Are you surprised that he not only invalidated the Mexico City Policy but has also revoked the Hyde Amendment, all by executive fiat? If you consider yourself pro-life, can you look me in the eye and say, “I’m glad I helped empower President Biden make these life-destroying decisions”? Can you say, “I’m glad every American taxpayer will be forced to fund abortion with the help of my vote”?

Are you surprised that Biden signed into law a radical transgender bill that has even caused consternation among gay, feminist, and transgender leaders and individuals? Do you feel good about the fact that by voting for him, you have negatively impacted women and girls throughout the country, as well as strengthened Big Tech’s crack down on our freedoms?

Are you surprised that there is already great concern within Israel that Biden might derail the amazing peace progress made by the Trump administration? Were you unaware that he might well give back to terroristic Iran a potential path to nuclear armament?

And can you really applaud his powerful call to unity in his inauguration speech when his executive actions on his first day in office were so highly divisive and even destructive?

We all have to vote our own consciences, and I have no problem at all with those who questioned how a conservative Christian could vote for Trump. As a two-time Trump voter, I too have asked if our relationship with him would prove to be a match made in heaven or a marriage with hell. Did we make the right choice, or did we strike a bargain with devil?

But just as I welcomed those who questioned my vote for Trump, I urge every Christian who voted for Biden to welcome my questions now.

Did you not hear us when we warned about his radical, leftist agenda, only a portion of which was highlighted here? And if you did know these were his plans, can you really justify your vote?

So, here’s my totally unsolicited (and perhaps unwanted) advice.

If you voted for Biden, how about a little less self-righteous posturing towards those of us who voted for Trump?

How about all of us acknowledge that the hope for America will not be found in our elected officials but in the gospel, not just preached but lived out?

And how about we all agree to meet at the foot of the cross in humility and repentance, determined to make a fresh start there?

Previous: ‘God is my strength’: The faith of Hank Aaron
Next: Yes, Halsey, the baby in your womb is a mini-human