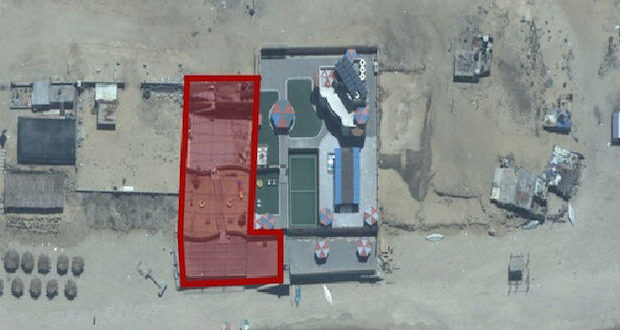 The Israel Defense Forces (IDF) revealed it destroyed more than 60 miles of underground tunnels in the Gaza Strip.  The complex tunnel system, built by the Islamist military wing of Hamas, is used by the terrorist group to move rockets and other military hardware, plus operatives to launch attacks on Israeli towns across the border with Israel.

The action comes after Hamas has indiscriminately fired over 3,950 rockets at Israeli towns and Cities. More than 80% of all Israeli citizens have spent numerous nights in bomb shelters over the last 10 days.

Last night, IDF fighter jets and aircraft struck the tunnel system in the southern Gaza Strip during a fifth stage of strikes. During the strikes, which lasted just 25 minutes, approximately 40 Hamas underground military targets were struck. The strikes were carried out by 52 IDF fighter jets, with the use of approximately 120 guided armaments.

A senior IDF official said Hamas has been building the tunnels for seven years and purposely locates them  in close proximity to hospitals and civilian buildings.” He also stated that “most of the cement which was provided by Israel to Gaza for housing is found below the ground.”

READ: The Associated Press denies knowing Hamas had operations in their building

According to the senior military officer, the IDF’s partial tunnel destruction has dealt a large blow to Hamas’ military infrastructure, helping to slow down the intensity of the rocket fire launched at longer-range areas, including Tel Aviv, in recent days. Sirens in Tel Aviv have not been sounded since Saturday night. At the same time, Hamas rocket fire has continued targeting Israel’s south and areas closer to the Gaza Strip. Meanwhile, the IDF senior officer also pointed out that Hamas’ tunnel network was still estimated to stretch along as far as several hundred miles, as the terrorist organization operates across five brigades.

Israel estimates that Hamas spent $50 million to build the tunnel system. That money was likely donated by western governments, including the United States, and should have been invested in schools and health for the Arabs living under Hamas rule.

Known as the “metro tunnel project” the Hamas tunnels began with individual shafts dug deep underground and used as hiding places for Hamas terror operatives after launching rockets. With time, the network of tunnels grew and branched off to become an internal tunnel system throughout the Gaza Strip for military training and is used for mobility, storage of weaponry and to manage military operations. The terror infrastructure is embedded in civilian areas, and uses civilian buildings as entry points, as well as cover for the tunnels themselves.

Because Hamas uses civilians as human shields, some Gaza residents have been caught in the crossfire. Western media, including news outlets in the U.S. and Europe, have reported that over 60 children have been killed in the attacks. Middle East experts, however, doubt the casualty numbers because the Health Ministry is controlled by Hamas and releasing inflated numbers fuels pressure on Israel to stop the attacks.

News outlets also report that over 210 people have died as a result of Israeli attacks but that number includes Hamas militants.