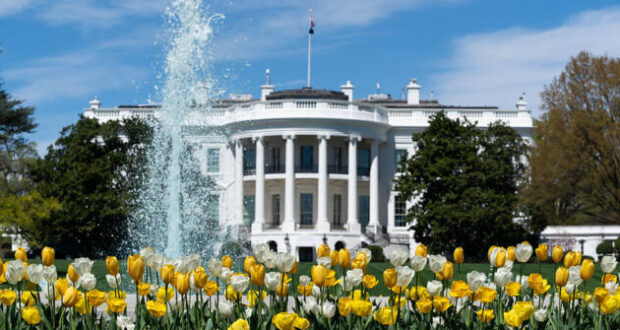 As Christians adjust to a dramatically different type of worship, President Trump and Vice President Pence are finding reason for hope and sharing it with the nation’s religious leaders.

The faith of millions of Americans during the Easter season continues to be a source of hope amidst an uptick in the number of COVID-19 cases and deaths, Vice President Mike Pence said before Easter. Pence made the remarks during the daily briefing from President Trump and the Coronavirus Task Force.

“In the wake of more than 1.9 million tests, we see more than 400,000 Americans have tested positive for the coronavirus, and sadly, we’ve lost more than 14,000,” Pence said. “We grieve. But as the Good Book says, we do not grieve like those who have no hope. In this very special week, I know that the faith of millions of Americans is a comfort to them.”

“This is a holy week, when religious believers across the nation will observe Passover, Good Friday and Easter,” he said from the White House. “Millions of Jewish families begin Passover at sundown [Wednesday], a sacred, unbroken tradition that traces back to the ancient land of Egypt. And on Sunday, we celebrate our beautiful, wonderful Easter, which we all look forward to. And we’re going to have many Easters together in churches in the future.”

The nation, he said, is “getting much closer” to defeating the virus and “getting our country back to the way it was.”

Trump and Pence also spoke to about 10,000 religious leaders in a historic, off-the-record conference call “to thank them for raising the spirits of our people during these very difficult days,” Trump said. “While we may be physically apart, we can use this time to pray, to reflect, and to focus on our personal relationship with God.”

It is thought to be the first time in American history that an American president had a conference call with such a large group of religious leaders from all faiths.

While primarily made up of Christians because of their sheer numbers, the phone call also included a diverse group of leaders from the Jewish, Muslim and Sikh communities.

The call, in which Trump thanked everyone for their work in keeping their communities informed, was given very little, if any, coverage in the national media.