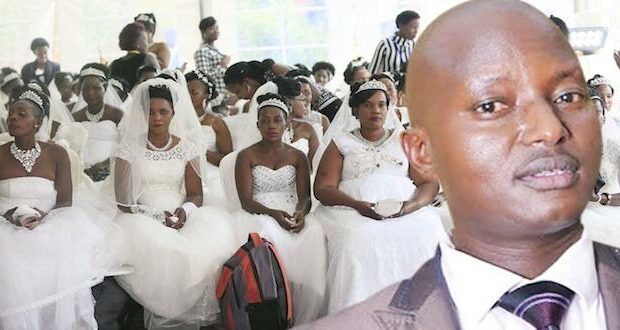 KAMPALA, Uganda— Aloysius Bugingo, a senior pastor at House of Prayer Ministries in Kampala, left his wife of 29 years in December and married a younger woman under the customary law. He now faces charges of bigamy, the act of entering into a marriage with one person while still legally married to another. This an other incidents are harming the Ugandan church.

Bugingo is one of several prominent Ugandan pastors whose marriages have recently shattered in the public eye, causing many of Uganda’s 34 million Christians to express concerns about the state of marriage in their country. In some cases, the actions of the pastors has overshadowed the growing threat to Christians by militants in some areas of the country.

In most of the scandals, male pastors are abandoning their spouses with whom they have been married for decades for young women in their congregations.

Bugingo denied the bigamy charges in court in Wakiso District, central Uganda, and said Suzan Makula was just his friend, not his wife. He was released on a $852 cash bail and a $2,840 noncash bail. Makula is accused of marrying a person previously married, contrary to Section 42 of the Marriage Act.

A group of evangelical pastors in Uganda, under their umbrella of the National Fellowship of Born-Again Pentecostal Churches, denounced Bugingo’s new marriage on Dec. 9.

A statement signed by the association’s general overseer, Bishop Joshua Lwere, read, “We hereby denounce and dissociate ourselves from Pastor Bugingo’s practices, outbursts, behavior, and doctrine. We, therefore, do not recognize his ministry until we see repentance and acceptable change.” 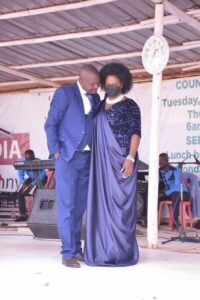 Bugingo’s tribulations started in 2019, when he dumped his first wife, Teddy Naluswa, and sought to divorce her, claiming that she had a medical condition that blocked him from enjoying his “conjugal rights.” Naluswa argued that marriage is a permanent union, even in sickness, for which she can’t grant Bugingo a divorce. In 2020, Bugingo made headlines when he told his followers during a church service that the Christian marital vow of “till death do us part” is not biblical. He said it was a creation of the Roman Catholic Church.

“I have not seen a couple in the Bible saying ‘till death do us part,’” Bugingo said in January 2020. “The marriage vow has confined couples in satanic traps, yet Satan came to kill and destroy. You find that when a couple realizes it is no longer compatible to stay together in marriage, one will find a way of killing the other in order to move on.”

However, the Anglican Church in Uganda rebutted, saying the pastor’s claims were unfounded and a direct attack on their faith — as well as that of Catholics and Pentecostals — by associating them with Satan. The bishop of Ankole Diocese in western Uganda, Johnson Twinomujuni, said Bugingo’s “yearning soul is in a desperate need for justification over his prejudiced separation with his bona fide wife.”

Twinomujuni said because Bugingo could not get the divorce by “virtue of moral objectivity, he is deliberately misinterpreting the Bible, so he can justify his act.”

Bugingo and Naluswa are still battling it out in the High Court in Kampala.

As Bugingo was in court last week battling bigamy, a wife to another senior pastor in Kampala petitioned for divorce. Sasha Mugabi brought her husband, Isaac Kiwewesi of Kasanga Miracle Center, to the High Court in Kampala seeking to dissolve their marriage. She accused him of having extramarital affairs with a number of other young women in their church and also abandoning his family responsibilities, including taking care of their children.

Kiwewesi denied the allegations in his defense and, like Bugingo, faulted his wife for denying him his conjugal rights. The duo wedded in 2007 at a highly publicized ceremony that attracted more than 10,000 guests at a national stadium. Ugandans are now waiting to see the outcome of their divorce case. 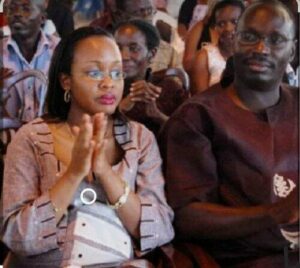 In a letter to the elders of their church about their marriage woes, Manjeri wrote, “I don’t want you to be hearing this in rumors. That is why I have decided to tell you that my husband cheated on me with three women and has kids with each one of them and has gone as far as organizing a wedding for his new American fiancee.”

Katongole told the court that Manjeri is a “ruthless” wife. He said on seven different occasions, she instructed their gateman to lock him out of their marital home because he returned home late, after 7 p.m. He also said that Manjeri denied him access to their bedroom more than 14 times. Manjeri recently appeared on Ugandan TV and told the audience she was looking for a suitable marriage partner.

Pastor Samuel Kakande, the head of the Synagogue Church of all Nations, Uganda, also confessed recently in a media interview that he has separated five times and remarried. He defended the separations, saying, “If you get a misunderstanding with your partner, it’s better to separate and marry another than fight and kill each other.”

In 2020, the Namirembe Anglican Diocese in Kampala suspended a priest for, it said, impregnating and fathering a child with a choir member ahead of his wedding. The Rev. Ronald Kalende admitted to having an affair with the choir member.

An estimated 370,000 couples divorce or separate each year in Uganda, according to 2020 data complied by the Swedish International Development Cooperation in Uganda. That’s about 1% of the population each year. Another estimate reports 7% of the country divorces in each four-year period.

Pastors are only part of these statistics but intimately close to marital discord because Christians in their communities come to them for counseling whenever they have marriage problems.

Hilary Bainemigisha, a relationship counselor in Kampala, says that the incidents of clergy abandoning their spouses for new partners are more common in rural areas and that media coverage of these few cases exaggerates the number of marital affairs and divorces among church leadership.

Bainemigisha said clergy sometimes abandon their wives because they are first men before religious leaders.

“The titles are pieces of clothes which the clergy wear. If someone is dirty, even if they put on a clean shirt, they remain dirty,” he said.

Bainemigisha thinks that the only way to prevent clergy from remarrying is if the government comes up with a strict ethical code for all religious leaders in the country.

“The code should be deterrent in nature,” he said. “The clergy should not just marry again before divorcing. Government needs to protect the flock.”

But government intervention is not the choice of most.

The Rev. Grace Lubaale, a priest and academic at Kyambogo University in Uganda who heads teacher education, said the clergy are failing to uphold the biblical marriage vow because they lack the nine fruits of the Holy Spirit named in Galations 5:22-23.

“Every clergy should be able to stay with his/her partner in good and bad, until death separates them,” he said.

Pastor Solomon Male, the executive director of Arising for Christ, a Christian organization whose leadership seeks to restore the sanctity of Christ and rid the church of corrupt and fake pastors, told ReligionUnplugged.com that the marriages among the clergy are failing because they have abandoned the biblical marriage law and opted for the Roman and English marriage laws.

“The clergy have opted for legal church marriages, which permit divorce and remarriages, yet these are biblically condemned,” he said.

–John Semakula is a Kampala-based reporter for New Vision, Uganda’s leading daily newspaper, and is an alumnus of The Media Project’s coaching and leadership fellowship at the Poynter Institute in Florida. His reporting from Uganda contributed to this story.

Previous: 7 encouraging trends in Christianity for 2022
Next: Is the R-rated, faith-friendly movie ‘Shut-In’ an alternative to Hollywood?