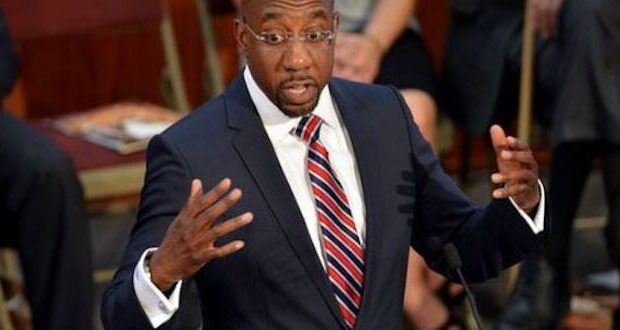 Georgia’s runoff election for U.S. Senate came to a close Tuesday as Sen. Raphael Warnock narrowly defeated GOP challenger Herschel Walker. The victory will give Democrats a 51-49 majority that lessen the role of Vice President Kamala Harris, who serves as President of the Senate and tie-breaker for Democrats.

Walker’s campaign volunteers gathered at the Chick-fil-A College Football Hall of Fame in downtown Atlanta, where a concession speech was given.

In his victory speech, Warnock gave what political observers described as a rambling speech that repeatedly employed religious themes. “A vote is a kind of prayer for the world we desire for ourselves and our children.”

He advanced the voter suppression narrative that Democrats have relentlessly repeated in Georgia, despite having just won an election that, according to state officials, broke various Georgia voting records. “It doesn’t mean that voter suppression does not exist,” he said, citing the dispute over voting the Saturday after Thanksgiving.

Walker, in his concession speech a few minutes before Warnock spoke, said: “There are no excuses in life. I’m not going to make any excuses now. We put up one heck of a fight.”

“The best thing I’ve ever done in my life is run for this Senate seat here.” He thanked his supporters for their efforts and their prayers. “I felt those prayers.”

“I don’t want any of you to stop dreaming or stop believing in America … We got to believe in our elected officials.”

Around 1.9 million people, or 27 percent of the state’s 7 million active registered voters, cast ballots early, most through early voting in person, the rest through absentee ballots.

A Warnock victory means Democrats will not need to rely on moderate Democrat Joe Manchin (D-W.Va.) who has sided with Republicans on several occasions.

It would also mean Democrats would face fewer obstacles to holding investigations and could act as a check on the House of Representatives, now controlled by the Republicans.

Previous: Sen. Warnock: Abortion is ‘what Jesus would do’
Next: The more people read the Bible, the more they give to charity