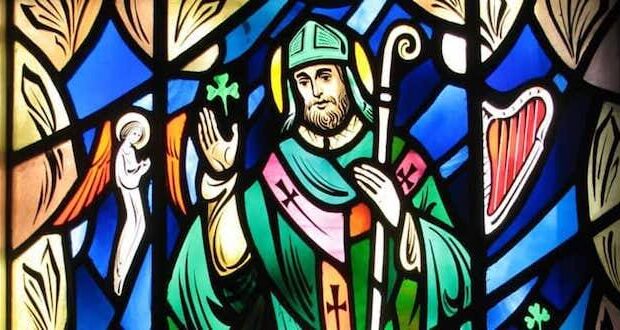 With most parades and celebrations cancelled, it may be a good time to reflect instead on the spiritual roots of St. Patrick‘s. Although it has become widely secularized over the centuries, it originally began as a holy day.

“The origin of St. Patrick‘s day would be the death day of the saint,” said Dr. Charles Doherty of University College Dublin. “The day of his entry into heaven, his feast day, the festival of that.”

Feast days were annual celebrations in which Christians remembered their chosen saints. “It is the liturgical veneration of the death of that person, the memory of what he did,” he said. “It’s associated with the places that he visited [or] founded, allegedly or otherwise.”

Patrick’s feast day was first observed locally by his own followers in Ireland.

“They kept his memory alive,” said Thomas O’Loughlin, author of “Discovering Saint Patrick.” “They’re the people who preserved his writings. And the one thing any ancient group of Christians [does] about their leader, is they preserve the day of death. We can be pretty sure that he died on the 17th of March. And they would have kept that loyally.”

By the seventh century, Patrick’s story had been embellished by several biographers, and he was made a saint by popular devotion.

“It’s important to realize as well that Saint Patrick himself would remind us of what his story is really about the importance of Christian faith and how the importance of national identity is transcended in the universal family of the church,” said Father Billy Swan, author of “The Experience of God in the Writings of Saint Patrick.