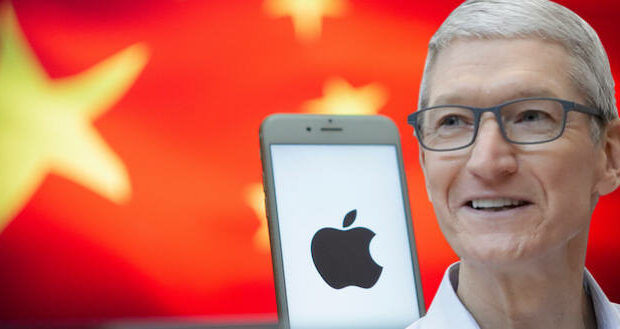 Apple is giving in to pressure from the Chinese government and removing Bible apps from its app store in the communist nation. Chinese officials claim the apps violate laws that prohibit the use of religious text or material. It is also removing the Quran, even as the government has placed over a million ethnic Uyghurs in concentration camps.

The New York Times reported earlier this year that Apple takes down apps in China if deemed off-limits by the Chinese government. Topics that apps cannot discuss include Tiananmen Square, the Chinese spiritual movement Falun Gong, the Dalai Lama, and independence for Tibet and Taiwan and Christian themes.

“According to Apple, our app Quran Majeed has been removed from the China app store because it includes content that requires additional documentation from Chinese authorities,” said Quran Majeed’s developer, Pakistan Data Management Services. “We are trying to get in touch with the Cyberspace Administration of China and relevant Chinese authorities to get this issue resolved.”

The Council on American-Islamic Relations, a Washington, D.C.-based Muslim advocacy group, accused Apple of enabling genocide and called on the company to reverse its decision.

“By obeying the Chinese Communist Party’s order to remove Bible and Quran apps from its platform in China, Apple is enabling China’s religious persecution, including the ongoing genocide of Uyghur Muslims,” said Edward Ahmed Mitchell, national deputy director. “This decision must be reversed. If American corporations don’t grow a spine and stand up to China right now, they risk spending the next century subservient to the whims of a fascist superpower.”

The Chinese government has doubled down on its extreme measures over the last few years to crack down on religious groups in the country. The communist government took Christian WeChat accounts offline in May, telling users that it violated China’s “Internet User Public Account Information Services Management Provisions” and that accounts had been blocked and suspended.

Other Bible apps were eliminated from China’s App Store, and hard copy versions were no longer able to be purchased online. China’s government removed a 6-year-old Chinese Bible app called WeDevote after it had been downloaded 10 million times, Popular American Bible apps such as YouVersion are also not available in the Chinese app store.

China has been accused of human rights violations, and even genocide, against the mostly Muslim Uyghur ethnic group in Xinjiang. It also has at least 100 million Christians who live in fear of their faith being made public.

Earlier this year the BBC reported that Uyghur imams had been targeted in China’s Xinjiang crackdown.

Apple declined to comment, but directed the BBC to its Human Rights Policy, which states: “We’re required to comply with local laws, and at times there are complex issues about which we may disagree with governments.”