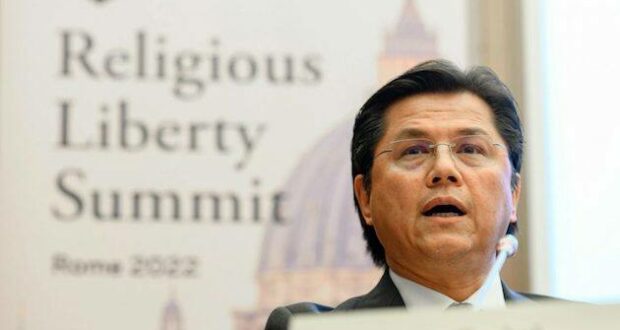 A government watchdog group is disappointed that the U.S. State Department left Nigeria and India off its annual list of countries where religious freedom violations are most concerning, despite pleas from advocacy groups.

Nury Turkel, chair of the U.S. Commission on International Religious Freedom, said there is no justification for the decision.

The International Religious Freedom Act of 1998 first required the designations to prioritize “policy options designed to bring about a cessation of the particularly severe violations of religious freedom.” Countries subject to this designation may face negative consequences, including the possibility of crippling sanctions.

READ: Why Nigerian Christians wish Trump were still in office

Turkel, who became the panel chairman this year, said Nigeria and India “clearly meet the legal standards for designation as CPCs.”

“USCIRF is tremendously disappointed that the secretary of state did not implement our recommendations and recognize the severity of the religious freedom violations that both USCIRF and the State Department have documented in those countries,” Turkel said. “The State Department’s own reporting includes numerous examples of particularly severe religious freedom violations in Nigeria and India.”

The Biden administration received criticism from USCIRF and human rights activists last November when it removed Nigeria’s designation amid concerns about the violence inflicted on Christian communities amid the presence of Boko Haram and other Islamic terrorist groups in the country’s northeast, as well as communal violence in agricultural rich Middle Belt states. Thousands have been killed and millions have been displaced across Nigeria in recent years.

Previous: Walmart giving funds drag shows for kids and other progressive agendas
Next: Heroism of Corrie ten Boom comes to life in December